Here’s the complete transcript of our Pizza Ad Reviews:

Gabe: Come on, guys. Why aren’t you using audio captions on all three? This is social media. This is not TV.

Hey, how’s it going? My name is Gabe. And in this episode of Social Facqts, we’re going to play a little game. We’re going to watch 3 different social ads from 3 different pizza companies. And we’re going to have you rate those ads based on what you think gets the best performance on social media. The first video is from Papa Murphy’s. 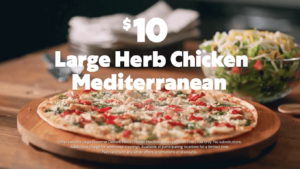 Speaker: At Papa Murphy’s, we make fresh pizza that you bake at home because home is where the fun is. Right now, get the herb chicken Mediterranean pizza for just $10. Papa Murphy’s, change the way you pizza.

Gabe: The second video is from Rusty’s Pizza Parlor. 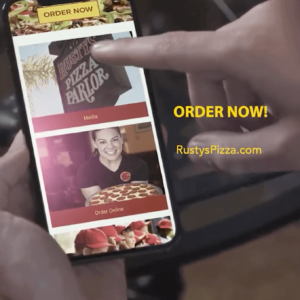 Speaker: Grab your friends and meet at Rusty’s. Online, on the app or at work, we feel honored for your loyalty.

Speaker: That’s what we hear from our customers every single day.

Gabe: The third video is from Round Table. 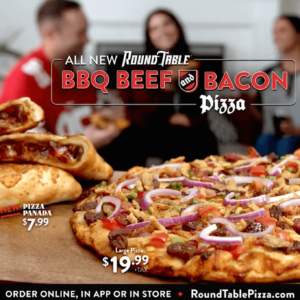 Speaker: Made with our signature 3 cheese blend, barbecue beef, crispy bacon, green onions, and more, all on our hand-rolled dough, because when it comes to getting the party started, there’s only one choice, Round Table pizza. Get the all new Round Table barbecue beef and bacon pizza for 19.99. And don’t forget to try our new pizza piñata for only 7.99.

Gabe: Now go ahead and rank each video based on what you think is going to get the best performance with social media advertising. So 1, 2, and 3 and we’re gonna go ahead and give our critiques on the video and then give our ranking as well.

The first video we’re looking at is Papa Murphy’s, and visually I like the storytelling that they do, the talking about how fresh their pizza is. However, there are a couple of critiques. One is, it’s not using optimal dimensions. For social media, you want to use either 1:1 or 16:9 ratios. And this allows you to get a larger portion of the audience’s screen as they’re consuming your ad.

And then it just gets a little bit weird when they talk about cook from home and you see the dad, and I believe that’s daughter where she’s standing on his hand. But if I’m not listening to what’s going on, I have no idea why that scene is there. And I get why they’re doing it because they want to talk about, “You can cook from home and you can be goofy. You can be yourself while the pizza is being cooked and you don’t have to spend all that time and effort to go out and pick it up.” However, I do wish they could have had a more compelling image about cooking from home that the audience can be able to have a deeper visualization. Also that they can be able to follow along by adding captions.

I do wish, however, they did a better job of visually storytelling the herb chicken Mediterranean pizza. The opening scenes that we see are just previous footage that aren’t specific to that pizza. So there is a little bit of a disconnect for the audience.

Second video is Rusty’s Pizza Parlor, and same as the previous video, I’m only visually following along. Now, the opening scene that they lead with to me is the most compelling because somebody is eating the pizza. So that’s going to get my taste buds going. However, they don’t tell me anything about what’s so great about their pizza. For all I know is it could just be the only pizza spot in town. And that’s why that one guy says, “The only pizza that I’ll eat is Rusty’s,” is because it’s the only thing available. There’s choices that I have. Let me know why that pizza tastes so great. Is it the ingredients that you use? Is it the variety that you have of your pizza? Let me know.

The third video we’re looking at is from Round Table pizza, and I got to apologize if you catch me salivating, because the product shots that they have are fantastic. When they say barbecue beef, and you see lathering up or crispy bacon and you see it sizzling, that’s what’s going to get you salivating. That’s what’s going to get the audience a more memorable experience about why your pizza is different. And also, they’re specifically storytelling the pizza that they’re selling in the commercial as well.

I do have a little beef with the video, and I’m not talking about the barbecue. There’s no audio captions. Come on, guys. Why aren’t you using audio captions on all three? This is social media. This is not TV. If you put captions, that’s a quick fix and you’re going to see an increase in performance. Also, the video is a little bit too long at 30 seconds, which is fine. However, I would have different iterations to see that you can be able to get that shorter and optimally under 15 seconds if possible.

So, how would we rate the 3 videos? We will put Round Table at number 1 with their great job of storytelling followed by Papa Murphy’s and then Rusty’s at number 3. So did we get it right? Did we get it wrong? Let us know in the comments below.

Click here for more videos like our Pizza Ad Reviews! (Don’t forget to subscribe to our channel.) For the best tips on Social Media Advertising, check out our blogs. 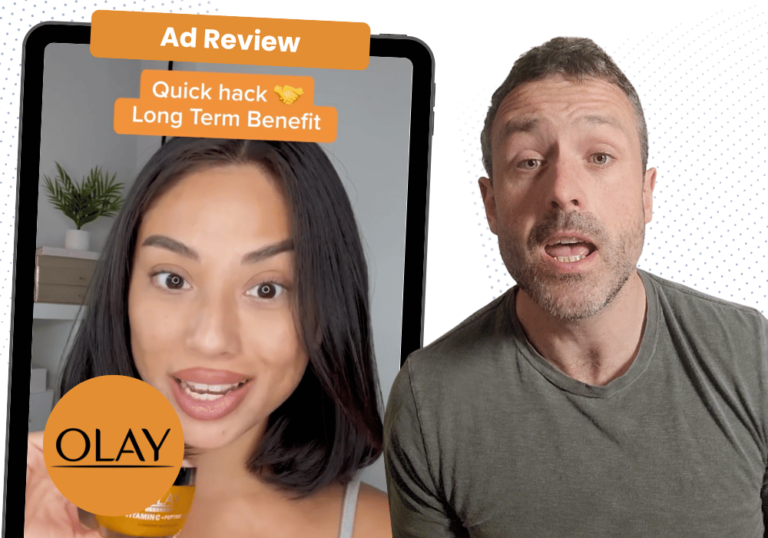